The Auto-correct method discussed later in this topic is the recommended solution to non-reference orientation mounting of camera sensors. This is to ensure app compatibility since the majority of the applications already written to use camera feeds do not know to check for, nor correct for rotation information. Please carefully review the information in the auto-correct section below.

PC Pitstop - PC Performance Roots. PC Pitstop began in 1999 with an emphasis on computer diagnostics and maintenance. During the early days of the dot com boom, our online PC maintenance tools were skyrocketing.

As different form factors computing devices are introduced, some of the physical constraints result in camera sensors being mounted in a non-traditional orientation. Because of this, it is necessary to properly describe to the OS and application, how the sensors are mounted so the resulting video can be rendered/recorded properly.

Starting with Window 10, version 1607, all camera drivers are required to explicitly specify the camera orientation regardless if the camera is mounted in accordance with the Minimum hardware requirements.Specifically, a camera driver must set a newly introduced field, Rotation, in the ACPI _PLD structure associated with a capture device interface:

Based on the value in the Rotation field, an application can perform additional rotation, if necessary, in order to render captured frames correctly.

For those devices whose cameras and displays share the same housing (or enclosure/casing), it is possible to have these peripherals be mounted on different surfaces with each of them being rotated by a fixed yet arbitrary degrees on its respective plane. Consequently, an application needs a mechanism to describe the spatial relationship between the two peripherals such that a captured frame can be transposed onto the rendering surface in the correct orientation.

One way to solve the problem is to use the ACPI _PLD structure which already has the concepts of surface and degrees of rotation defined. For example, the _PLD structure already has panel field which specifies the surface on which a peripheral reside:

The next two diagrams illustrate the definition of each panel visually:

Panel definitions for desktop PCs and most devices

In fact, the concept of an ACPI 'panel' is already adopted by Windows where:

The ACPI _PLD structure also has a Rotation field defined as follow:

Instead of using the definition above as is, we further refine it to avoid ambiguity:

In Windows, one can query the native display orientation by calling the property, Windows.Graphics.Display.DisplayInformation.NativeOrientation, which returns either Landscape or Portrait:

No matter which value NativeOrientation returns, the logical display scanning pattern starts from the top-left corner of the display moving from left to right downwards (see Figure 5). For those devices whose default physical orientation is inexplicit, this property not only implies the location of an ACPI Top panel but also provides the spatial relationship between a camera output buffer and the rendering surface.

Note that, unlike camera, the NativeOrientation property is not based on ACPI and thus does not have a _PLD structure. This is true even if a display is statically mounted to a device.

When mounting on a Portrait Primary device, camera drivers must be aware that most applications will treat the device as outputting a landscape camera output buffer regardless of the actual camera output buffer orientation. Because of this, we recommend that camera drivers output a camera buffer that has a 90 degree orientation offset from the NativeOrientation Portrait when on a Portrait Primary device. This will then allow applications that are performing this additional rotation on portrait devices to correct the rotation to the expected orientation. This can be verified using the Camera Application with Rotation Sample.

IHV/OEMs are strongly encouraged to avoid mounting the sensor in a non-0 degree offset to maintain app compatibility. Many existing and legacy apps do not know to look for the ACPI’s PLD table, nor will attempt to correct the non-0 degree offset. Consequently, for such apps the resulting video will be rendered incorrectly.

In cases where IHV/OEMs are unable to mount the sensor in 0 degree orientation as described above, the following mitigation steps are recommended in the order of preference:

In the case of MJPG media types (such as those from a UVC camera), the Frame Server pipeline provides an auto-decoded media type (NV12 or YUY2 for DShow based applications). The auto-decoded and corrected media type will be presented, but the original MJPG format will not.

[!NOTE!]If Compressed/Encoded Media Types must be exposed to applications, IHV/ODMs must not utilize the FSSensorOrientation correction. Instead, the correction must be done by the camera driver (either in kernel mode via the AV Stream driver or in user mode via DMFT/MFT0).

The recommended scenario if the sensors cannot be mounted with a 0 degree offset, is to have the AV Stream miniport driver (or the user mode plug ins in the form of either DMFT or MFT0) correct the resulting captured frame so it is exposed to the pipeline in a 0 degree offset.

This includes the resulting stride information. This is necessary as the component responsible for doing the correction is controlled by the IHV/OEM and the camera pipeline does not have visibility into the video frame except after it has been corrected.

It is strongly encouraged that the correction be done in user mode and the API contract between the pipeline and the user mode plugin must be followed. Specifically, when using either the DMFT or MFT0, when the IMFDeviceTransform::ProcessMessage or IMFTransform::ProcessMessage is invoked with a MFT_MESSAGE_SET_D3D_MANAGER message, the user mode plugin must adhere to the following guideline:

When Auto Correct is used, OEMs and IHVs must NOT advertise the actual orientation of the sensor via the _PLD Rotation field. In this case, the Rotation field must indicate the orientation after the correction: 0 degrees.

By declaring the non-0 degree orientation of the sensor via the FSSensorOrientation registry tag, the camera pipeline can correct the captured frame before presenting it to the application.

The pipeline will optimize the rotation logic by leveraging GPU or CPU resources based on the use case and app request/scenario.

ACPI PLD structure’s Rotation field must be 0. This is to avoid confusing applications which may use the PLD information to correct the frame.

Media Type presented by the driver must be the uncorrected media type. When informing the camera pipeline of the non-0 degree offset using the FSSensorOrientation entry, the media type information presented by the sensor must be the uncorrected media type. For example, if the sensor is mounted 90 degree clockwise offset, so instead of 16:9 aspect ratio, the resulting video is 9:16, the 9:16 aspect ratio media type must be presented to the camera pipeline.

The FSSensorOrientation registry entry must be published on the Device Interface node. The recommended approach is to declare this as an AddReg directive during the AddInterface directive declaration in the camera driver’s INF.

The data presented in the FSSensorOrientation must be a REG_DWORD and the only valid values accepted will be 90, 180, and 270. Any other value will be treated as 0 degrees offset (i.e., ignored).

For USB based cameras, FSSensorOrientation may also be published via MSOS descriptors.

MSOS Extended Descriptor 2.0 can be used to define the registry values to add FSSensorOrientation support. This is done using the Microsoft OS 2.0 Registry Property Descriptor.

For the UVC-FSSensorOrientation registry entry, the following shows a sample MSOS 2.0 descriptor set:

As an option of last resort, PLD information can be leveraged as described above to indicate to the application that the video frame must be corrected before being rendered/encoded. However, as stated, many existing applications do not use the PLD information nor handle the frame rotation, so there will be scenarios where apps may not be able to render the resulting video properly. 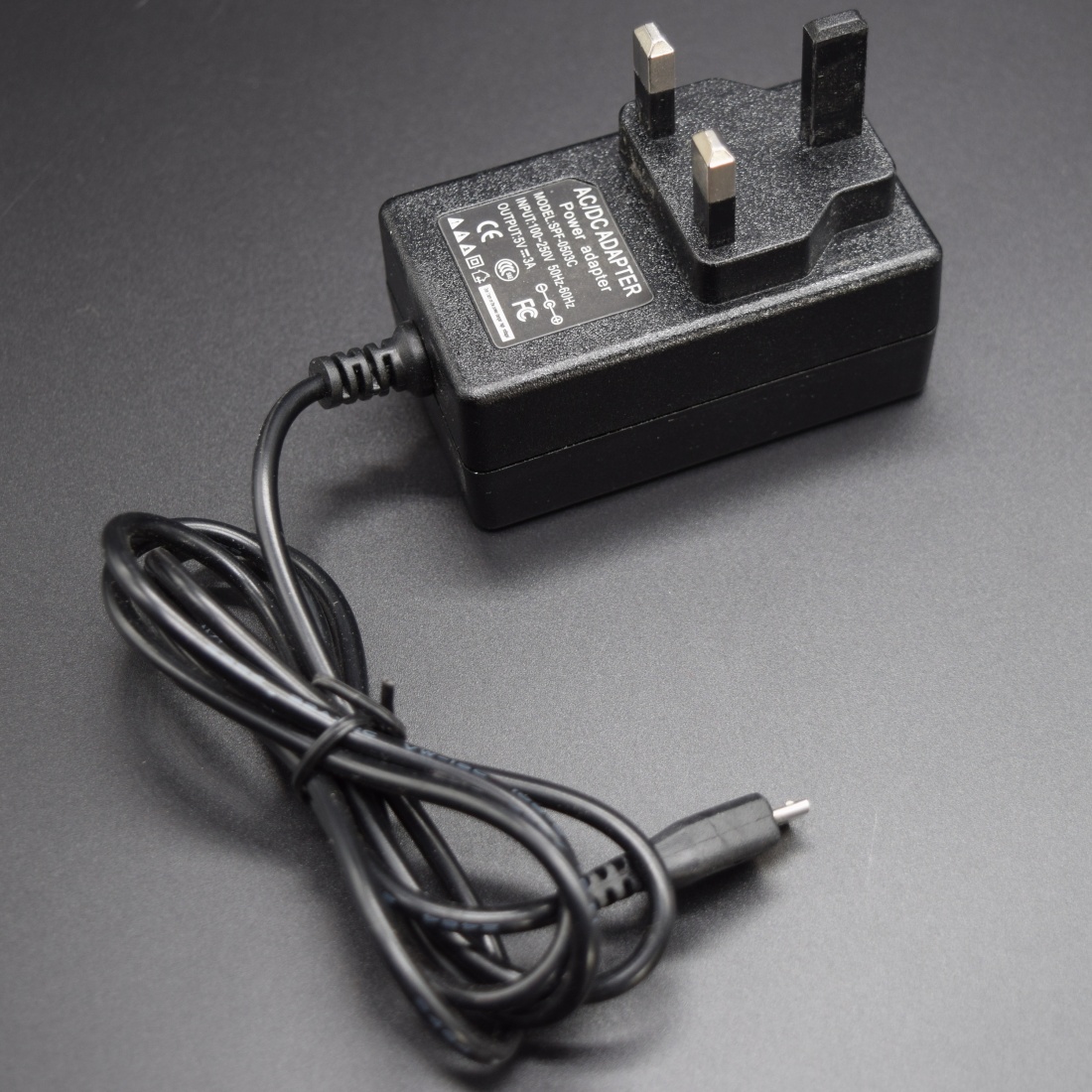 The following figures illustrate the values of the _PLD Rotation field for each hardware configuration:

In the figure above:

In this case, the content of the media buffer is rotated by 90 degrees clockwise compared to the original scene. As a result, the ACPI _PLD Rotation field has a value of 2.

In this case, the content of the media buffer is rotated by 180 degrees clockwise compared to the original scene. As a result, the ACPI _PLD Rotation field has a value of 4.

In this case, the content of the media buffer is rotated by 270 degrees clockwise compared to the original scene. As a result, the ACPI _PLD Rotation field has a value of 6.