This is intended to be a repository for info on the MStar/SigmaStar SoCsand the associated mainling effort.

This will probably never get as big as linux-sunxi so github pages should bemore than enough.

It’s worth noting that the MStar/Sigmastar camera SoCs seem to be derivedfrom the SoCs made by Alpha Imaging Technology which was merged into MStarat some point. 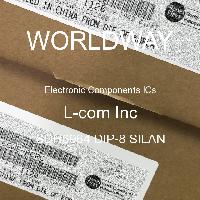 For most chips u-boot is loaded by loading the SPL as IPL-CUST from the IPL so that blob is needed.The mercury5 however can boot with the u-boot SPL as the IPL so no blobs are required.Getting the other chips to boot without the vendor IPL is mostly a case of doing the DDR setup in the SPL.

This table is an attempt to collect all of the different part numbers forthe different families and the resources that have been found to reverse engineer each of them.

If possible the data codes will have the earliest and latest known date codes so that we can tell roughlywhen each type of chip was produced.

MStar used to make a lot of MIPS based SoCs for STBs. These aren’t thatinteresting in themselves but the IP blocks used in the MIPS SoCs werecarried forward to the later ARM chips so any datasheets that can be foundfor the MIPS SoCs might help with reverse engineering the current ARM basedones.

According to the code that is in the wild and SigmaStars page there are some Cortex-A53 based chips.

Injoinic seem to be the recommended PMIC vendor for these chips. Maybe like the Allwinner/Xpowers relationship?

Silan MEMs accelerometers seem to be used for a lot of the dash cam devices.

Sources of firmwares for reverse engineering

To get the device tree out of the kernel you can use binwalk + extract-dtb and dtc.

This site is open source. Improve this page.
Most Viewed Posts